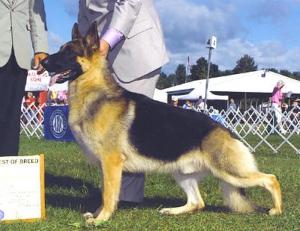 Moe is a substantial black and tan male with an elegant neck, iron back, tight feet and a good croup and tail set. He is clean coming and going and has a lovely, easy and flowing side-gait. His headpiece is a 10.

Perhaps most important, he is the finest gentleman in a fur coat I have ever had the pleasure of owning. Most days, you will find him at my feet, posed, calm and – at all times – regal.

Moe is a proven producer. Click here for printable pedigree. 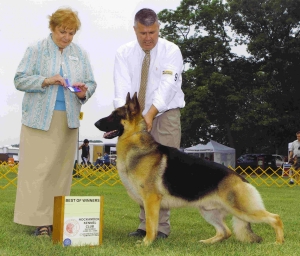