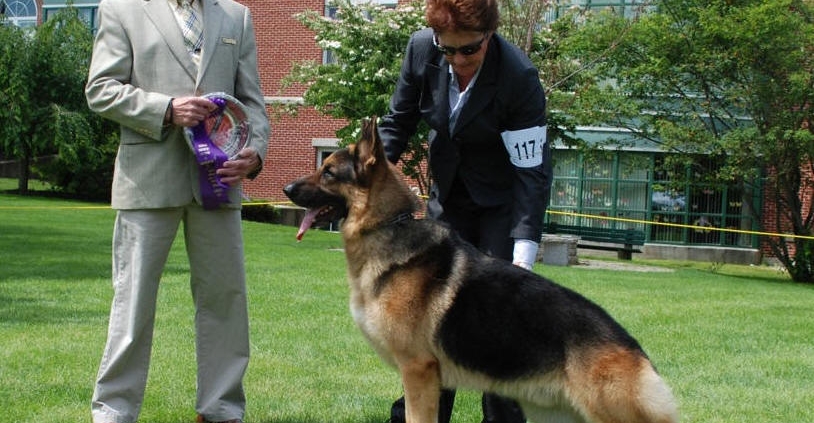 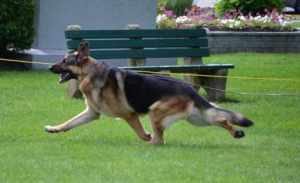 Harry is a substantial black and red, stallion of a male with an elegant neck, iron back, tight feet and a good croup and tail set. He is an extreme, but correct mover. (Frankly, his upper arm is among the best we’ve seen. The dog flies.) His headpiece is a 10. He also happens to be an over-sized sweetheart.

He’s bred like a race horse – and named after one. 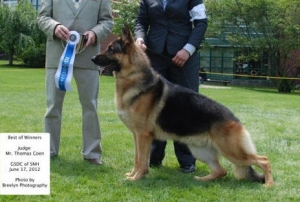 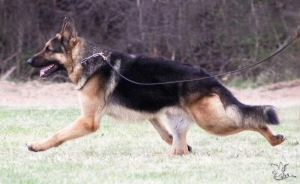 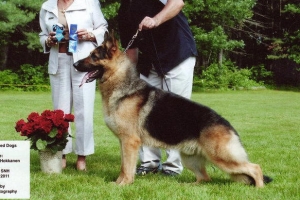 Thank you Deb Hokkanen for the nice class win, and George Berstler for handling. June 2011. 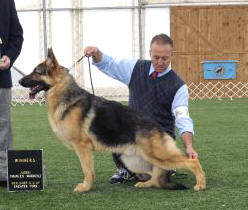 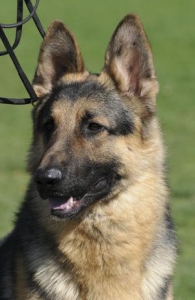