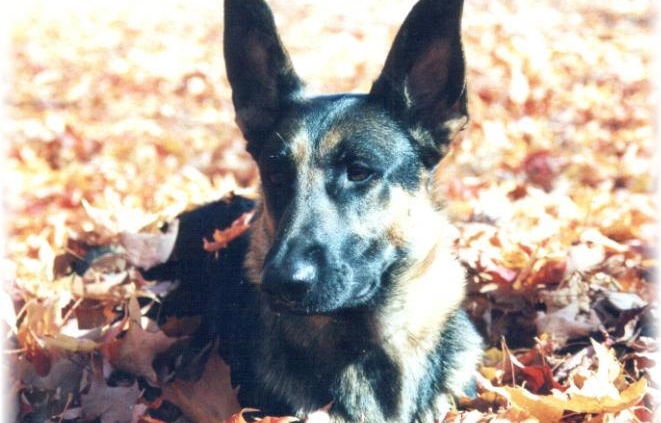 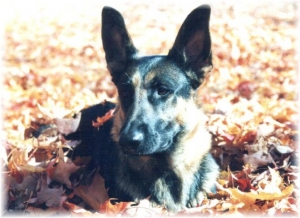 We said goodbye to Gretch on the morning of a crisp fall day, after a sudden onset of multiple seizures. She was my introduction to the Shepherd world, the reason I began showing dogs in obedience, and ultimately in conformation.

She was mostly East German (read incredibly stubborn), and was known in these parts for eating just about anything – often to the tune of hundreds of dollars in vet bills (the most notable item was a pin cushion).
She is responsible for half of my kennel name, and probably more than half of me. Although she has left a huge hole in my heart, it’s nice to know someone is watching out for me from above. I know she will be as fierce a protector in death as she was in life.

Renown for her ability to ingest virtually anything 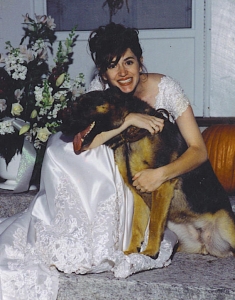 At our wedding reception 1999 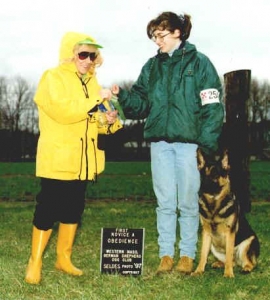 Gretchen ruled the roost until the day she died, 10 days before her 13th birthday. She was insanely mischievous and considered it a personal affront if we even remotely considered limiting her activity. She personified the phrase ‘young at heart.’ There will never be another to hold her place in our hearts.