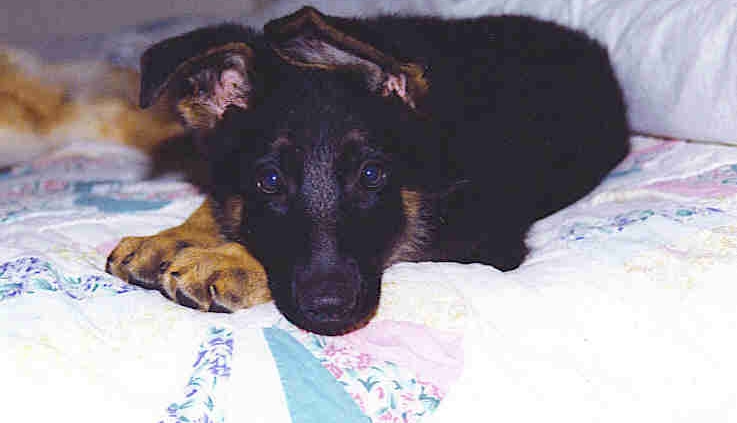 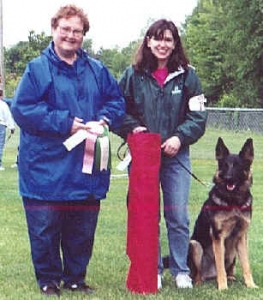 Jack is Gretchen’ s son, a product of our first breeding. He died the same way he came into this world: In my arms. Never have I met a more gentle soul. He left an oversized hole in my heart.

Jack spends most of his time trying so hard to please me that he doesn’t watch where he is going. He is known at obedience class as the clown because he frequently loses his footing in keeping pace with me. Judges seem to love him because of his obvious eagerness to work and several have commented on it. Though he often sidesteps a jump – or trips over his own front paws – he has a heart of gold. 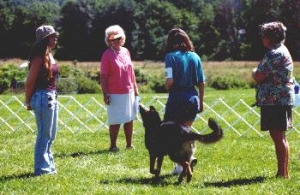 Jack finished his CD just one day before Anya finished her CDX.

We call the two of them the “Dynamic Duo.” 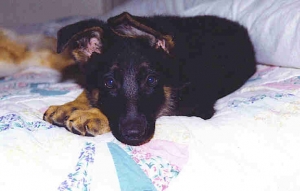